By: Disney Destinations
Star Wars: Galactic Starcruiser will begin transporting Guests from   Walt Disney World®  Resort in Florida to a galaxy far, far away beginning in 2021.  This is a new type of immersive vacation that only Disney could create – a two-night, cruise-style itinerary where you become the hero of your own adventure in an experience that surrounds them 24/7 in   Star Wars  storytelling.

Whether you show up via personal vehicle, Disney transportation or by landspeeder, curb-side check-in prepares you to leave Earth behind, jump to lightspeed and begin your  Star Wars  story. From the Starcruiser Terminal, Guests will enter an exclusive launch pod (above) for travel up to the   Halcyon, the starcruiser in a galaxy far, far away. Through the pod’s viewports, it looks as though Guests are traveling through space to approach the massive ship that is much too large to land on any planet.

A “spaceport of call” to Black Spire Outpost is included in the itinerary, where special passenger transports take you to the planet Batuu (also known as the destination for   Star Wars: Galaxy’s Edge at   Disney’s Hollywood Studios®). 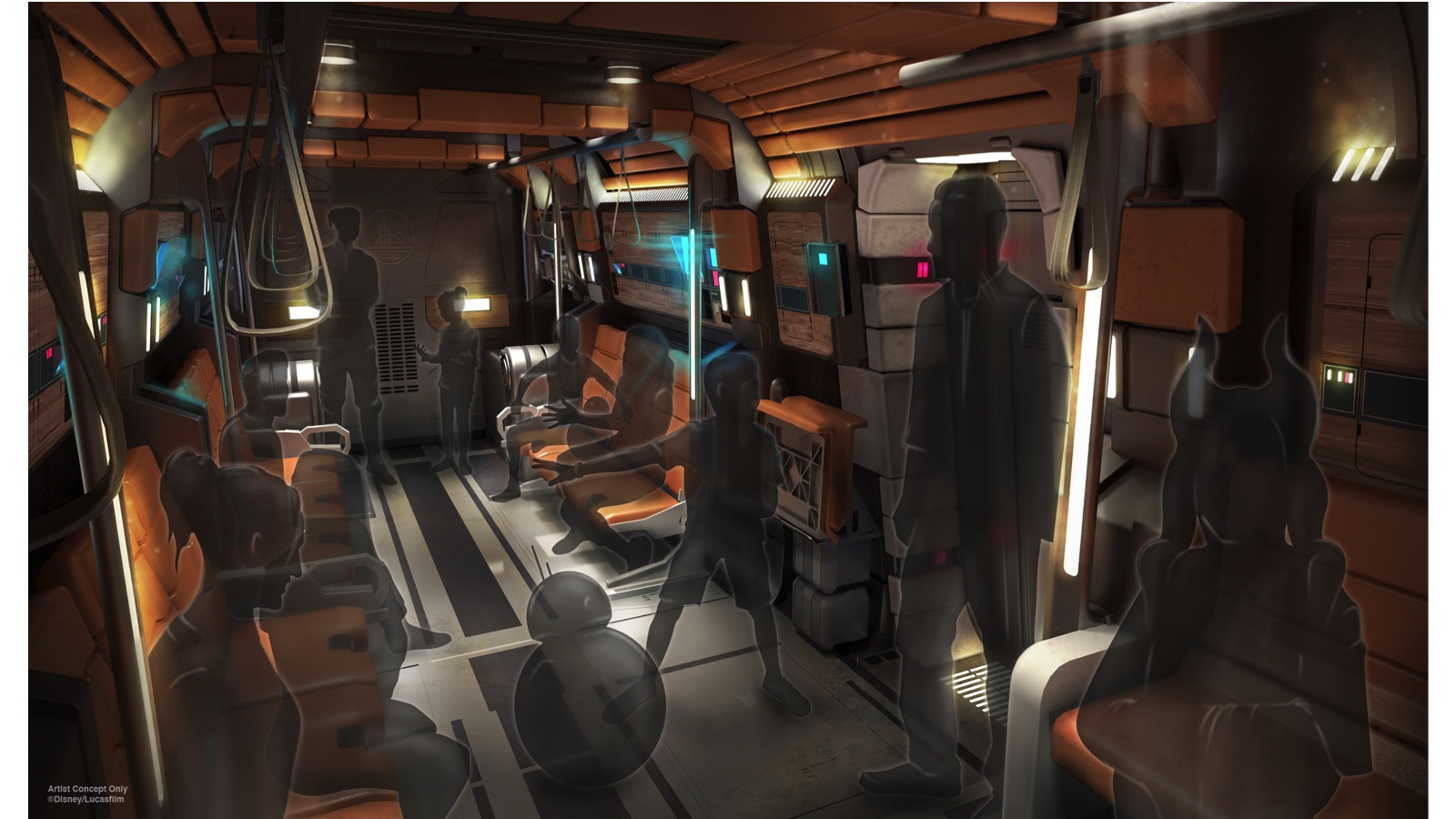 To get from   Star Wars: Galactic Starcruiser to   Star Wars: Galaxy’s Edge and back, you will remain fully in-story as you step aboard the transport ships designed specifically for this new immersive experience, which you can see in the artist concept rendering above. It will connect you directly to a spaceport at Black Spire Outpost on Batuu, where the story you began in the starcruiser will continue and evolve while exploring the 14-acre land at   Disney’s Hollywood Studios.

Sign up to receive updates as exciting new details are released about  Star Wars: Galactic Starcruiser at starwarsgalacticstarcruiser.com.