One of the incredible things about   Star Wars: Galaxy’s Edge that visitors to the planet Batuu admire is the amazing landscape and rockwork throughout the land. When Disney Imagineers set out to make a real place in the   Star Wars  galaxy with its own unique geography, they came up with a planet that thousands of years ago was covered by giant trees, many of them thousands of feet tall. Although it is not quite known what happened to these trees over the centuries, over time they became the petrified spires that dominate the landscape today. Black Spire Outpost even takes its name from one such spire, darker than all the rest and located in the center of the outpost. 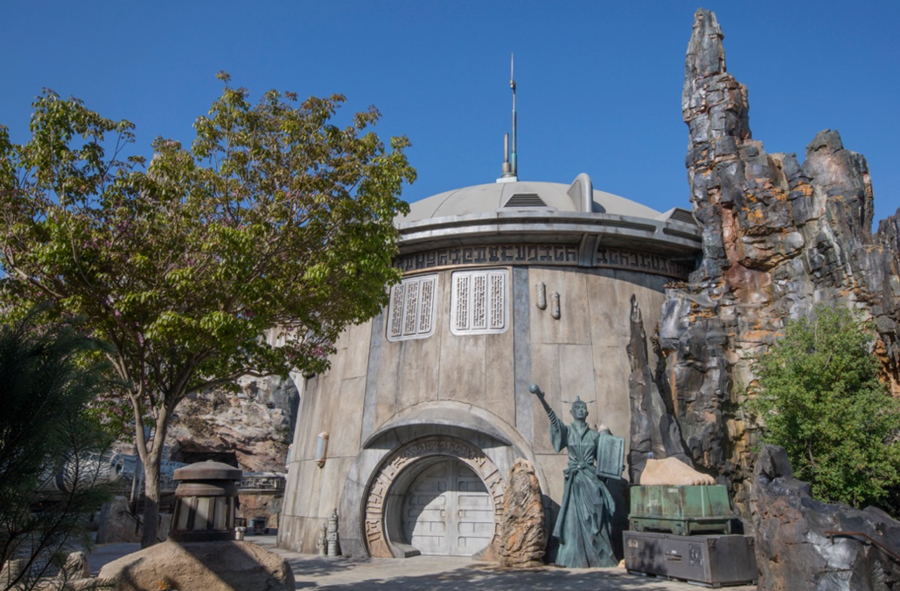 It takes a talented team to create the more than 200,000 square feet of amazing artificial rockwork throughout the land. Zsolt Hormay is a creative executive at Walt Disney Imagineering with many years of design experience and oversees the teams that have built some of the amazing landmarks of Disney’s theme parks including Typhoon Lagoon, the Tree of Life at Disney’s Animal Kingdom, the Cadillac Mountain Range of Cars Land and the otherworldly look of Pandora- The World of Avatar. Zsolt and his team of talented international artists brought their level of craftmanship and artistry to Batuu. 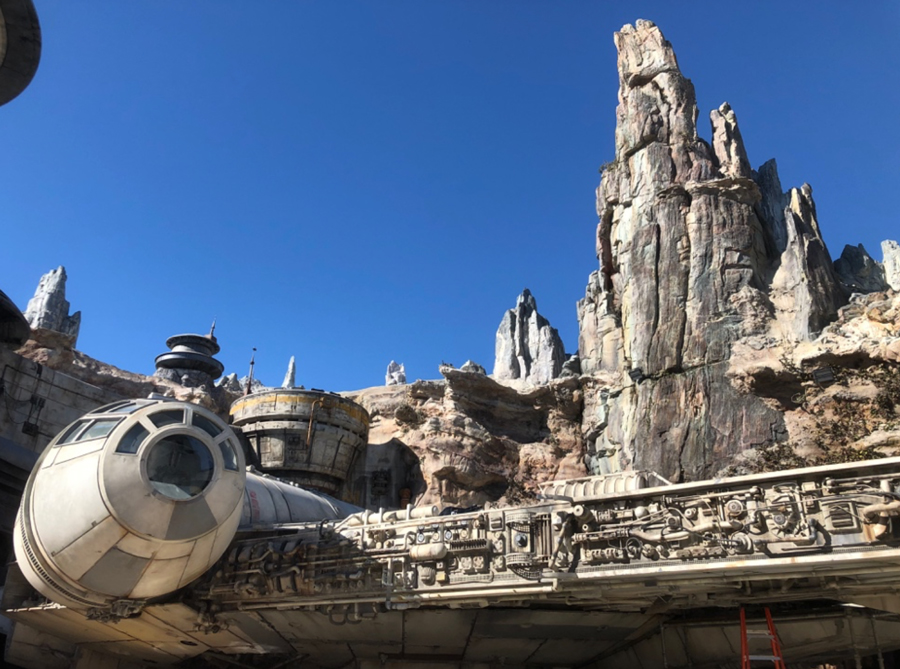 We asked Zsolt to answer a few questions about what it takes not only for his team to create this beautiful rockwork, but also about the themed finishes on the buildings in the land that give Black Spire Outpost and the rest of the planet their distinctive look.

You oversee the Themed Finishes studio. What does that include in addition to creating rockwork?
The Themed Finishes Art Studio consists of four major disciplines including Rockwork, Character Façade, Character Paint and Hardscape. Also, starting on Pandora – The World of Avatar, we added exterior Artificial Foliage to the Studio as well.

What makes a themed finish believable?
The goal is to have our guests NOT question the finishes but accept them as real for what they are in the context of the storyline. All the tricks that we have developed over the years to fool the eye – the layering of textures and paint techniques, aging, adding moss and lichens, using translucent materials to make the black spires look like gigantic pieces of obsidian, paying extra attention to the hardscape materials to support the narrative, just to mention a few – if the guests don’t question the finishes at all, then we are successful!

For the rockwork creation (more than 200,000 square feet of rockwork), how big was your team and how long were you all working on this?
Between the two coasts we had about 110 people working on the finishes including field art directors and artisans. I personally have been working on   Star Wars: Galaxy’s Edge in both California and Florida since the very first 1:100 inch scale model was produced about five years ago. Most of my team joined the project about two years ago when the field installation began. 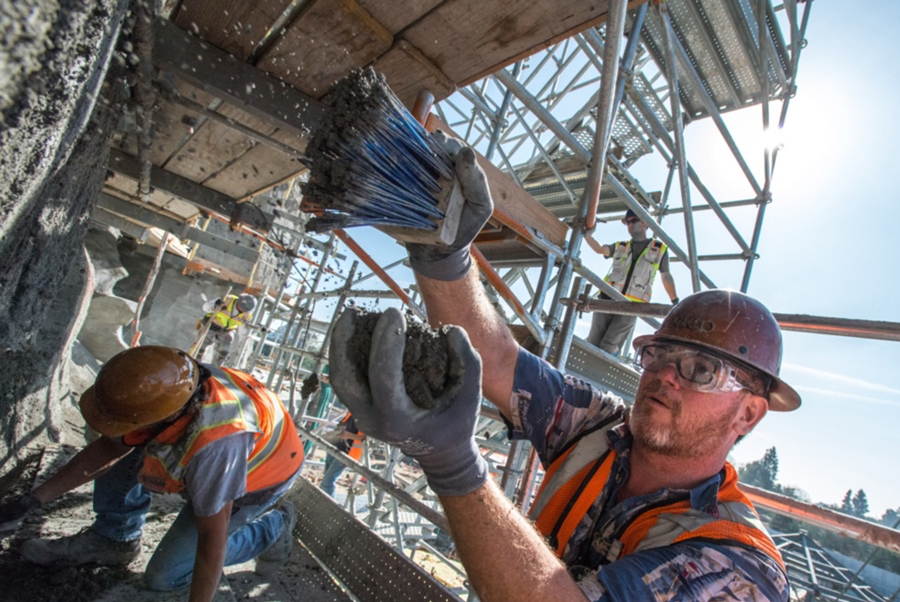 What were some of the inspirations for creating the rockwork?
We wanted to make sure that we created a landscape that is undoubtedly   Star Wars  and does not remind our guests of any other land that was created previously. We knew that we had to have some vertical elements as a unique description of the landscape, thus we ended up with the idea of an ancient petrified forest. The challenge was to avoid repetition between each spire but still having them look like they belong to the same forest.

What are the steps in creating rockwork (from the model to the finished paint on the rockwork)?
We start the dimensional design process on a small-scale (1:100 inch) model to define the layout of the land. Once that is agreed upon, we further develop the design on the next scale (1:50 inch) model that helps us to define further details and elements. The final steps of the design happen on the 1:25 inch scale model where we finalize the textures and color composition that help us to capture the final scope and the final creative intent including artificial foliage. Once the design is complete, we scan the model and create a digital mesh file that is used to drive a computer that bends the metal bars for the underlying structure.

Once we have all the challenging textures/finishes sampled, we start the full-scale installation of individual pieces (which acts almost like a 3D puzzle), then add the initial coat of cement, and ultimately our artisans hand sculpt the final cement and apply the finishing layers of paint.

How did you manage your team creating two sets of rockwork for two project sites simultaneously?
Each site has its own unique differences that required variations in the approach – the quality of the sky and clouds, North-facing versus South-facing, how the sun travels across the landscape, etc. But we need them to tell the same story. So it was a lot of flying back and forth and a rigorous line of communication between the field art directors on the different coasts. And it was very important to regularly have the same set of eyes on both coasts to help maintain the overall creative intent.

What are you most proud of for the finished rockwork in the land?
I think that the fact that we could once again raise the bar in terms of the quality of the sculpting and character paint is not a small feat given all the amazing projects we had done in the past. But first and foremost, I am most proud of the incredible international team that created them!

Below is a video highlighting a few of the many phases of creating the rockwork not only for  Star Wars: Galaxy’s Edge, but also for some of the many other projects that Zsolt and his talented team have created for Disney’s theme parks around the world.