The Force is strong at  Disneyland Park ®  where you can find galactic experiences and epic encounters, including the newly opened  Star Wars: Rise of the Resistance attraction inside  Star Wars: Galaxy’s Edge. Here are all the ways for you to live out their  Star Wars adventures at the   Disneyland Resort ®:

Transport to the remote planet Batuu, which is home to Black Spire Outpost. Become part of the story as you sample galactic food and beverages, explore an intriguing collection of merchant shops and encounter some of your favorite  Star Wars characters, including the resourceful and loyal astromech droid R2-D2.

In addition, take the controls of the most famous ship in the galaxy aboard  Millennium Falcon: Smugglers Run and race through the halls of a Star Destroyer on the all-new  Star Wars: Rise of the Resistance! This epic, new adventure blurs the lines between fantasy and reality on a scale never seen before in a Disney attraction. 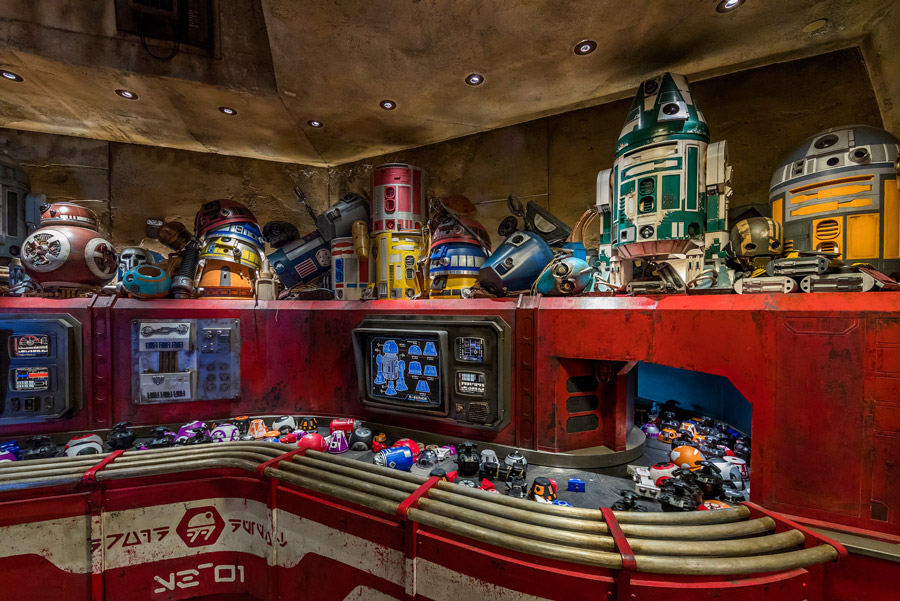 Head to the Creature Stall within the Black Spire Outpost marketplace, which houses some of the galaxy’s most unique (and cuddly) pets, including temperamental Loth-cats. Also on Batuu is Droid Depot, where you can build your very own BB-series or R-series droid, choosing from a colorful variety of components to customize the sidekick.* Feel the Force as you craft and customize your very own lightsaber at Savi’s Workshop – Handbuilt Lightsabers.** Droid Depot and Savi’s Workshop offer advance reservations up to 60 days in advance.

To commemorate the opening of  Star Wars: Rise of the Resistance, pick up essential items, such as apparel and accessories suitable for any Rebel. You may also be interested in the First Order Short-Range Evacuation Vehicle Play Set, which features a First Order transport with its own R5-series astromech droid. 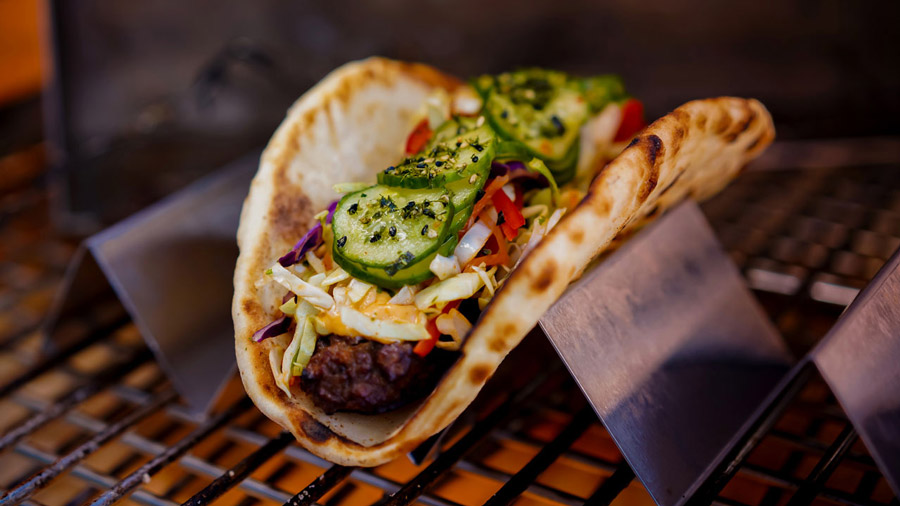 Over at Kat Saka’s Kettle, you can taste chocolate popcorn with Crait Red Salt then head to the Milk Stand for a refreshing cup of blue or green milk. The new Toydaria Swirl mixes Green Milk with swirls of savory chili lime seasoning and mango jelly. For a warmer treat, you can indulge in Black Spire Hot Chocolate, topped with shimmering whipped cream, available at Docking Bay 7 Food and Cargo and Ronto Roasters. 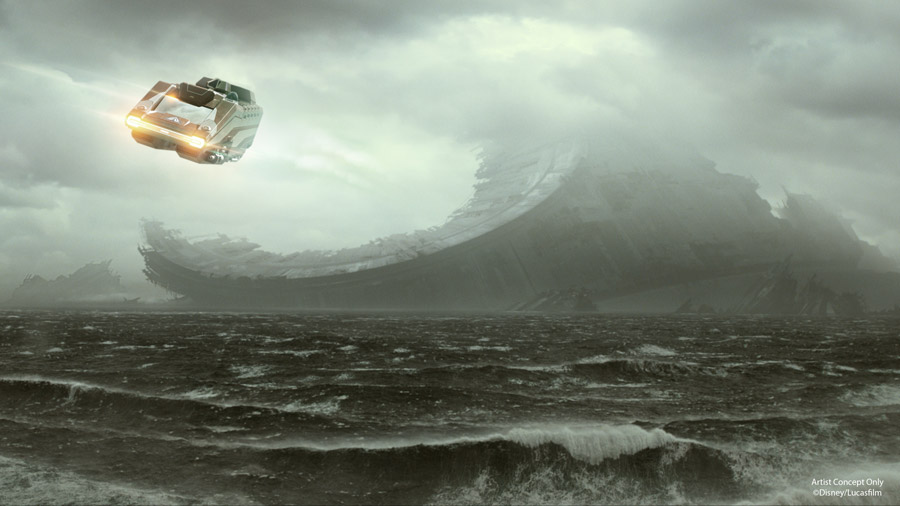 In Tomorrowland, blast off on a thrilling 3D tour of the  Star Wars galaxy aboard a Starspeeder 1000, which takes passengers to exciting destinations inspired by  Star Wars: The Rise of Skywalker. After being rocketed to the farthest reaches of the galaxy, you'll hold on tight as your ship hurtles through a climactic interstellar battle!

Go behind the scenes of some of the  Star Wars films and get an up-close look at props, costumes and authentic replicas created specifically for  Star Wars Launch Bay, also in Tomorrowland. While you are there, you may even encounter some epic heroes—and menacing villains—including Darth Vader. 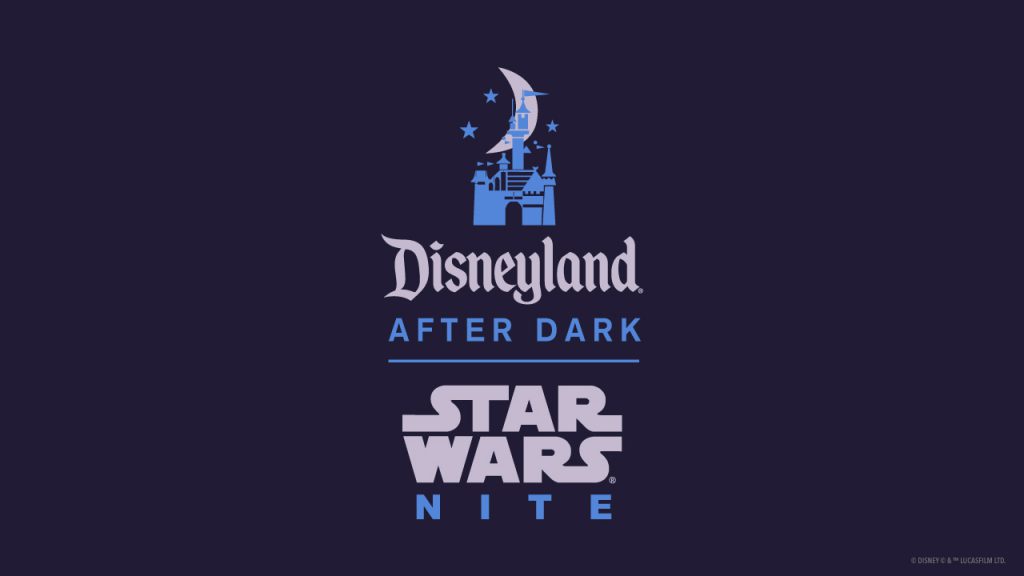 *Reservations for Droid Depot can be made in advance at Disneyland.com or through the Disneyland mobile app. A valid accepted credit card number is required at the time of booking, and guests will need to check availability. Droid Depot may also accommodate walk-ins each day, subject to availability. Separate   Disneyland Park  admission is required.

**Savi’s Workshop offers advance reservations, which are highly recommended. Additional reservations will be made available each day at 7:00am PST for visits that day, subject to availability. Guests will need to check availability and make reservations online or through the Disneyland mobile app. Separate   Disneyland Park  admission is required.

***The number of tickets available are limited and valid only for the specific event date and hours. Parking fees are not included in the ticket price. Tickets can be purchased online, at Disney Desk locations in participating Good Neighbor Hotels, or by calling (714) 781-4636 until the day before the event, or at any   Disneyland Resort  Ticket Booth. Limit eight (8) tickets per person, and no discounts apply. Tickets not required for Guests ages 2 and under. Tickets are non-transferable, non-refundable and may not be resold. Costumes are subject to Disney guidelines and should not be obstructive or offensive; please check special event costume guidelines for restrictions. Offer and event elements are subject to restrictions, change or cancellation without notice.