By: Disney Destinations
Disney’s Hollywood Studios®  threw a red-carpet premiere nearly a century in the making with a special dedication ceremony for Mickey & Minnie’s Runaway Railway – opening to the public today, March 4, here at   Walt Disney World®  Resort in Florida. 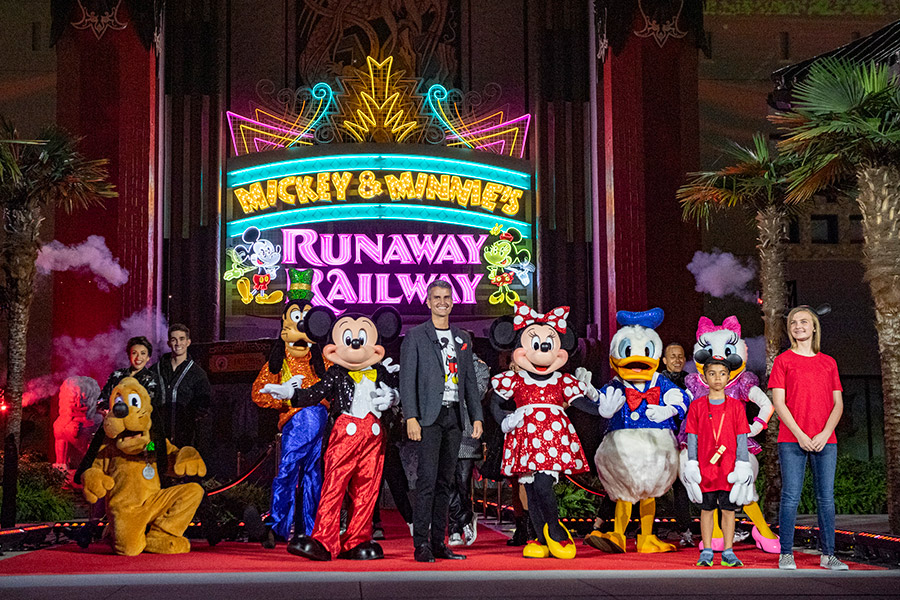 “Mickey & Minnie’s Runaway Railway is a crowning achievement in the multiyear transformation of   Disney’s Hollywood Studios,” said Walt Disney World Resort President Josh D’Amaro, who participated in the ceremony along with Mickey, Minnie and lots of other Disney pals. “What was once a theme park that took you behind the scenes, now puts you in the center of your favorite stories.”

Mickey & Minnie’s Runaway Railway is the first ride-through attraction in Disney history starring Mickey and Minnie. You are invited inside the park’s re-creation of the Chinese Theatre to see the premiere of “Perfect Picnic,” a new “Mickey Mouse” cartoon short written by Walt Disney Imagineering and produced by Disney Television Animation. 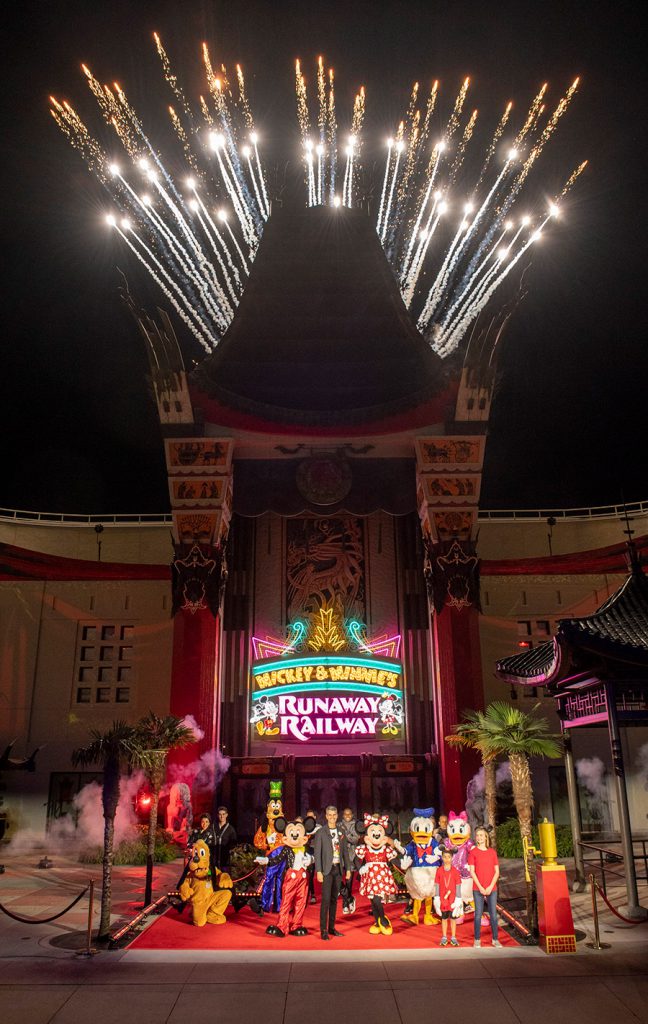 With a little Disney magic, suddenly you are taken through the movie screen and into the “Mickey Mouse” cartoon world, where “mouse rules apply” and anything can – and does! – happen. Engineer Goofy invites you aboard Runnamuck Railroad to join Mickey and Minnie on their search for the perfect picnic spot in Runnamuck Park. And with Goofy at the controls, what could possibly go wrong?

Mickey & Minnie’s Runaway Railway is a vibrant, joyous adventure the whole family will enjoy – from grandparents to grandchildren and everyone in between. The grand opening celebration featured song, dance, fireworks and a bit of Disney magic worthy of this historic new attraction.