By: Disney Destinations
Star Wars: Galaxy’s Edge at  Disneyland® Park will transport you to a galaxy far, far away. While on the planet Batuu, you may spot some iconic starships and vehicles up-close. Here’s what you may encounter:

With its sleek arrowhead shape, streamlined cockpit and massive twin engines, the A-wing suggests raw speed. Used first by the Rebel Alliance and now the Resistance, it is well suited for quick strikes. You can find the A-Wing Starfighter at the Resistance encampment. 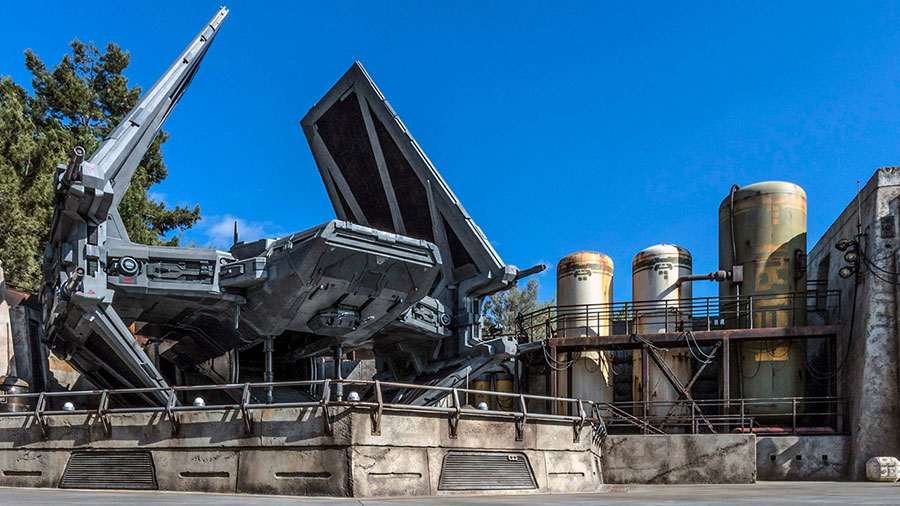 A new assault vehicle in the TIE (twin ion engine) series, this echelon shuttle is used by the First Order mainly for small troop and cargo transport. You can see this starship at the First Order Cargo area. 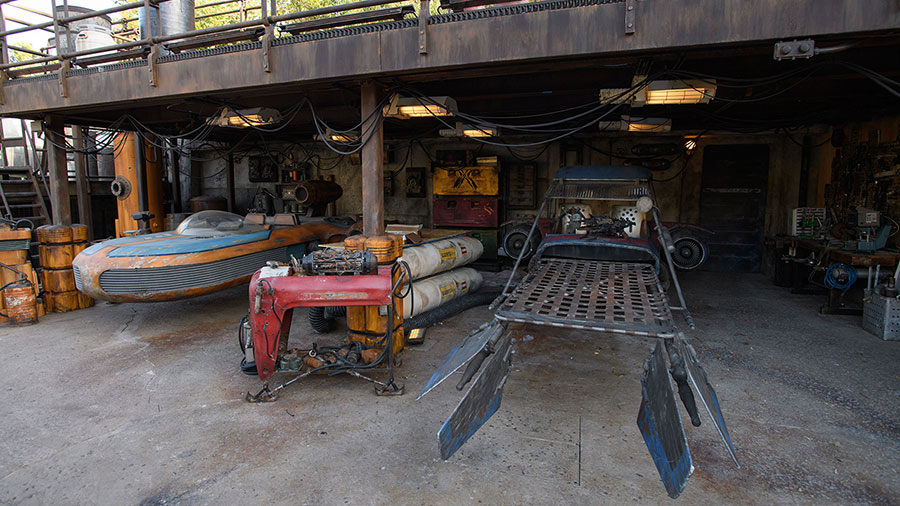 There are two models of speeders in for repairs in the garage at Black Spire Station: a X-34 model like the one Luke Skywalker used on Tatooine, and a Jakku speeder, built from scavenged parts.

Once flown by iconic smuggler Han Solo and his Wookiee first mate, Chewbacca, and more recently by Rey, the   Millennium Falcon  is sometimes lovingly referred to as “the fastest hunk of junk in the galaxy.” The YT-1300 Corellian freighter is located at the Spaceport and is currently being loaned to Hondo Ohnaka, the former pirate who owns and operates Ohnaka Transport Solutions. 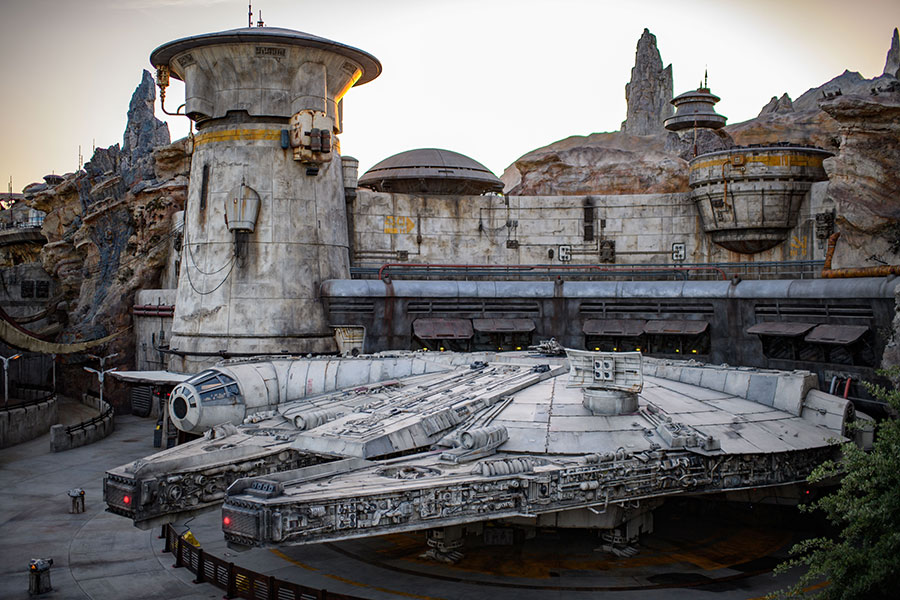 Chef Strono “Cookie” Tuggs uses this modified shuttle as a mobile kitchen and restaurant, jumping from one planet to the next as a “traveling diner for diners traveling.” It is currently atop Docking Bay 7 Food and Cargo in Black Spire Outpost. 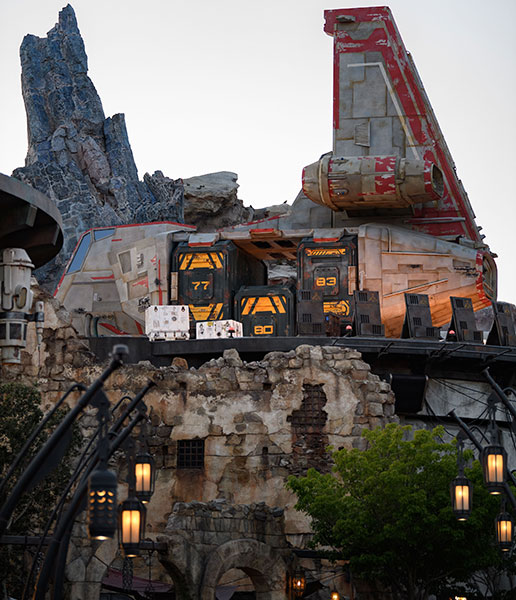 A versatile ship balancing speed and firepower, the X-wing is a nimble starfighter used in dogfights first by the Rebel Alliance and now the Resistance. Its name comes from the “X” its four wings create when they’re locked in attack position. Take a closer look at the X-wing Starfighter at the Resistance encampment. 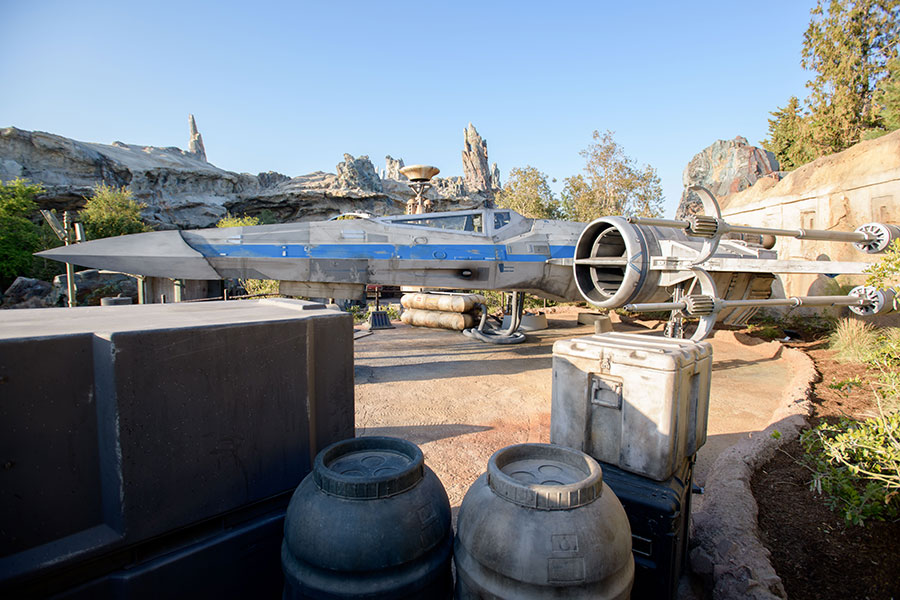 Whether you are part of the Resistance or supporting the First Order, you can activate your hyper drive and head on over to   Star Wars: Galaxy’s Edge!